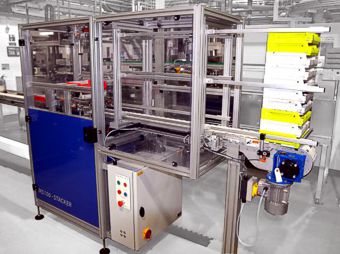 Lens tray stacker at the end of a Spectacle Lens Line 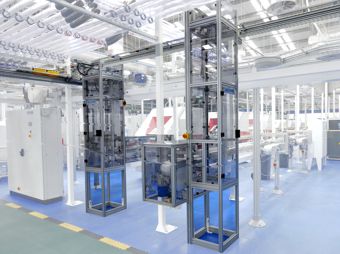 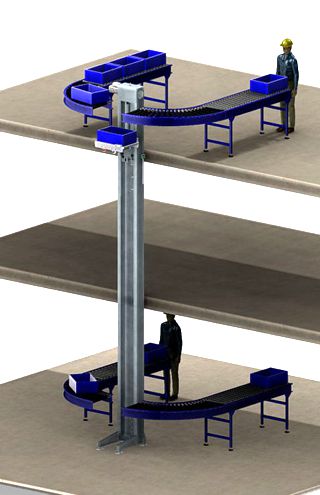 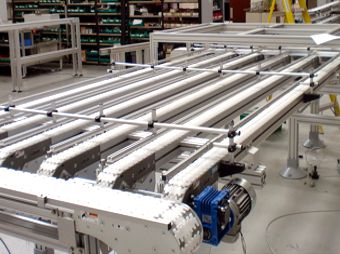 Trays containing optical components are automatically loaded into one of five lanes in the storage system where they wait in a queue. There are 16 trays in each lane giving a storage capacity of 80 trays. One Flex Chain ‘Load/Unload Conveyor’ runs the complete length of the optical manufacturing system, from the tray storage system past all six machines to an out-feed conveyor. 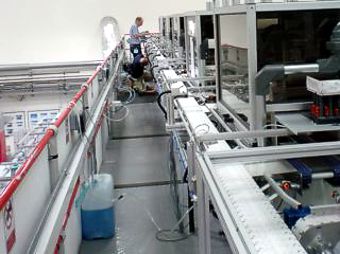 The ‘Load/Unload Conveyor’ has 5 load units and 5 unload units together with sensors and stop gates. The Load/Unload conveyor system is controlled by a PLC (programmable logic controller) which communicates with the five machines PLCs. Sending and receiving signals concerning the loading and unloading of trays 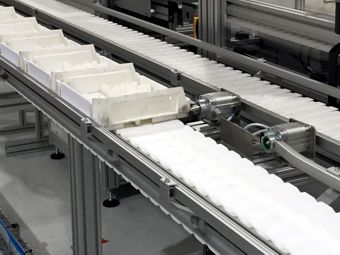 This unit is used to stop the queue of trays and then separate the leading tray. 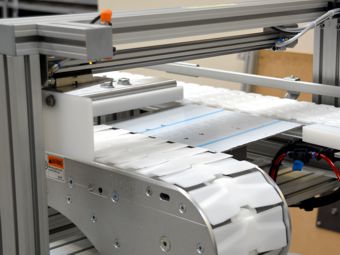 The queue of trays is stopped and the leading tray is separated and transferred to a second position at 90 degrees to the queue. This is mainly used to load process machines or to divert designated trays onto a separate line. 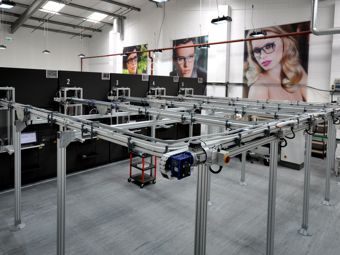 Boxed lenses are manually placed on an infeed conveyor. Barcodes are checked and the boxes automatically placed onto an inclined conveyor leading to the stores. Boxes are allocated a destination of either Store 1, 2, 3, 4 or 5. 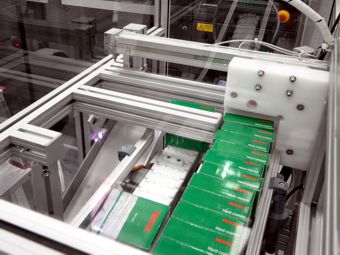 Auto Input:- Boxed lenses are manually placed on an in feed conveyor. Barcodes are checked and the boxes automatically placed onto an inclined conveyor leading to the stores. 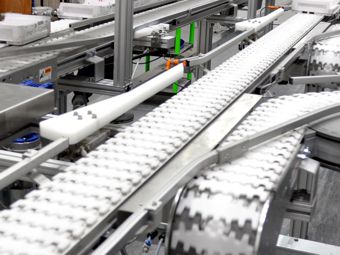 A lens tray diverter is a crucial part of the optical manufacturing process due to its ability to divert trays onto a separate conveyor, much like a railway point.

Get in touch today.